Insertion: Base of patella (then joins patella ligament to attach to tibial tuberosity)

Action: Flexion of the thigh at the hip joint. Extension of the leg at knee joint.

Learn more about the anatomy of the thigh muscles in this tutorial. 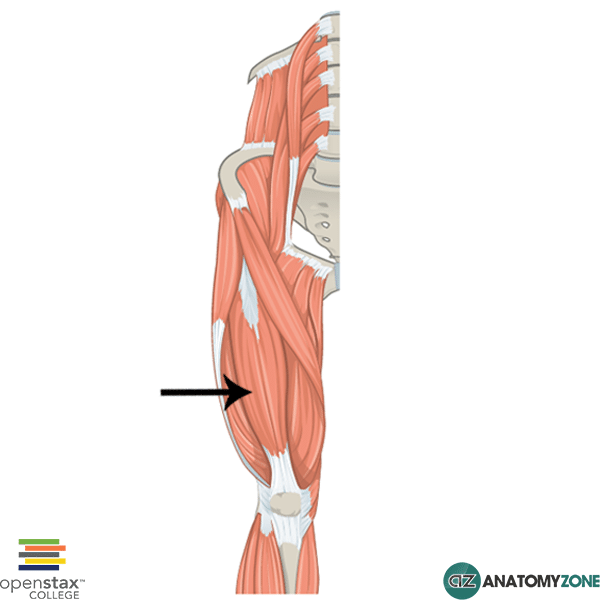