The structure indicated is the popliteus muscle of the leg. The muscles of the leg consist of the three compartments: The muscles in the posterior compartment of the leg are separated into a superficial group and a deep group. The superficial group consists of the following leg muscles: The deep group consists of the following leg muscles: Generally speaking, the muscles of the posterior compartment serve to plantarflex at the ankle joint, invert the foot and flex the toes. The posterior leg muscles are innervated by the tibial nerve, a branch of the sciatic nerve. The proximal attachment of the popliteus is on the lateral femoral epicondyle, and the distal attachment is on the posterior surface of the proximal tibia. However the popliteus muscles has an unusual structure, in that its proximal attachment is tendinous and the muscle belly lies distally. The main action of the popliteus therefore acts in the direction from distal to proximal and it serves to laterally rotate the femur on a fixed tibia to unlock the knee joint. In addition, if the femur is fixed in the sitting down position, the contraction of the popliteus can cause medial rotation of the tibia.

Learn more about the anatomy of the leg muscles in this tutorial. 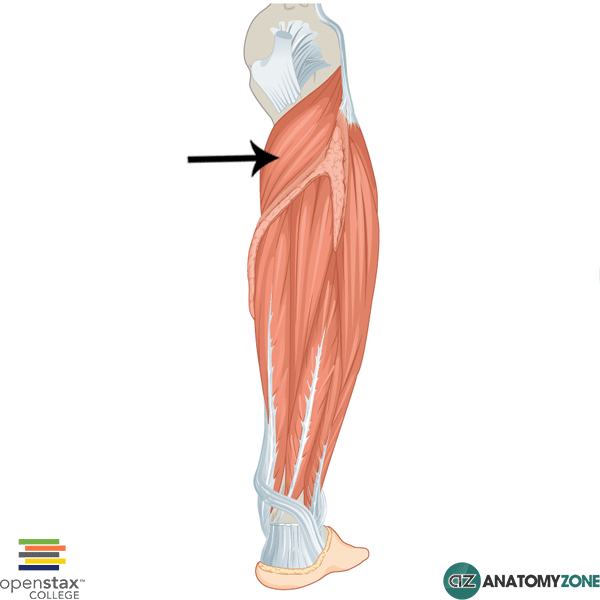